In this article, we’ll dive into some of the climbing and bouldering hotspots that Missouri is rich!

Eavesdrop on a local climber’s most precious tips for climbing in the area:

Located in south eastern Missouri is a small state park home to granite boulders dotted among the forest. Along with being a sweet bouldering spot, it is also just a nice place to spend the day: with many nooks and crannies to explore.

Elephant Rocks state park receives heavy traffic in the summer and can get hot quickly as some of the best boulders sit baking in the sun all day. Fortunately there are some to escape both the sun and the crowds with try hard problems to work on quietly and cool. From St Louis it’s about a two-hour drive with stopping earlier being better rather than closer to the park as the services and service are limited. In between the city and the park there is camping in the Mark Twain National Forest or farther south near Johnson Shut-Ins.

At the top are panoramic views and a sketchy boulder someone has managed to get on top of, it’s a solid place to watch the sunset if you’re not taking a dip in Johnson Shut-ins down the road.

Missouri climbing can be undeveloped at times with lots of bushwhacking and climbing up muddy slopes to cliff bands, so it is nice this park offers almost year-round climbing with the easiest of access.

A few full-size crash pads will be enough to send all the routes here. The climbing scene in the area is sparse at best, I think a St Louis resident would be considered a local here, so it is almost rare to see another climber, especially in the summer when the crowds are thick. In the four months I spent climbing there I a couple other climbers and we clung to each other like the rock knowing people would not pester us as much if we were together. Though sometimes it’s a subtle head nod and respect to climbing alone which you will do a lot of climbing south eastern Missouri.

Climbing at elephant rocks can be a little hectic with all the people and a fair amount will gawk, especially at the picnic boulders which offer a variety of problems from warm-ups to try hard. The summer is the busiest time of the year with all sorts of people and wildlife tromping around. Though it never gets too buggy, the spring and fall are the best seasons to climb when temperatures are cool and the crowds limited; it gets wet in the spring.

It’s a good area to start as the problems are mostly shaded and packed tightly together, mind the children screaming at the top of the boulder. The Tennis Shoe Crack is always a good one to get started on, just low enough to not be considered a high ball, so it’s fun in regular shoes for extra concentration. Front and center next to the crack is a large overhanging boulder with tough climbs on either side ranging from V6+ to V9. Behind this first Picnic Area are more boulders and cracks wedged and hidden among various granite outcroppings and kids crawling all over.

After the Picnic Area down the trail and into the woods a little is the Front Range area, to me this is the frontier of Elephant Rock climbing, the boulders are wedges strangely between other rocks, angled weird and generally reside in areas where crash pads don’t always fit. Follow the trail to the main rocks and veer right to a series of boulders that go for a few hundred feet along the trail. Among them are V1’s working up to V6’s. For My Children’s Children is a fun V2+ overhanging problem that is a good warm up for the V9 Tablecloth in the Picnic area.

The Porch is an area of high commitment with sloppy top outs and lots of cracks.

It resides off to the side from the main boulders and looks exactly as the name portrays. Climb to the top of the slab and drop off to the right where there is an obvious ledge, climb around and down after inspecting the top outs.

Each crack offers a little something different from laybacks to pumping balancy problems they are all unique and come together in unity with their hump like top outs. Tip over the edge and it’s all friction from there.

With these areas there is plenty to work on, a few guidebooks exist on the area, but a lot of beta can be found online or just figured out upon arrival. The well worked routes are obvious but there remains a lot of projects scattered around the park waiting to be added to the list. That may be the best park about bouldering here, there is a tremendous variety in types of problems and more to be discovered, it’s just a playground of rock.

And when the climbing is over and the summer sun lingers into the evening there is an epic swimming hole down the road. It’s a good spot to wash off the granite grime accumulated from a day of hugging rock and just a peaceful place to watch the sunset.

The river runs through knife shaped rocks creating pools and water chutes to play in and at the end, a shaded swimming hole to relax in.

So these were some of our tips that can be useful when you’re in the area and want to boulder in Missouri’s Elephant Rock. It’s definitely worthwhile and a great set up for some good old, authentic bouldering fun. Hope you found it useful!

Looking for some other locations to get your inspiration? Head over to our climbing locations section! 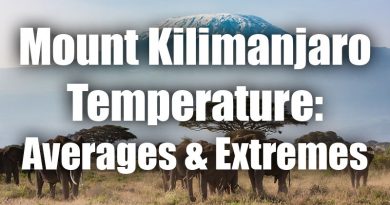 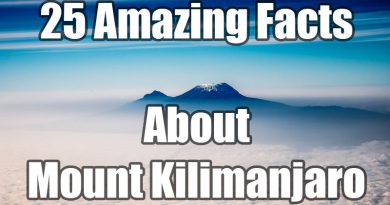 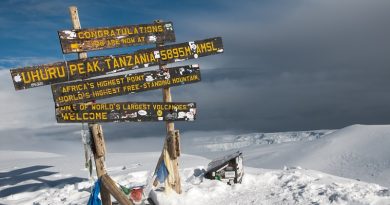 How High Is Mount Kilimanjaro? 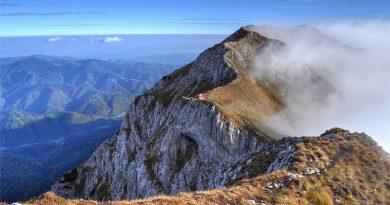 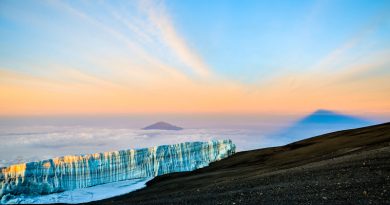 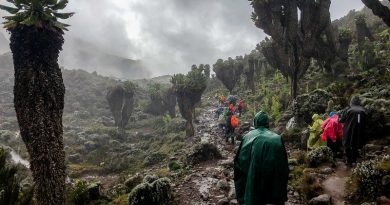