If so, make sure that you have the climbing chalk right for you. Without the proper climbing chalk, you may find yourself in some “not-so-sticky” situations.

All jokes aside—investing in the right climbing chalk can make or break your climbing experience.

For those new to climbing, however, finding the right kind of chalk can often be overwhelming. If you feel like you don’t even know where to begin, you’ve come to the right place.

Below, I’ve compiled a comprehensive guide that will walk you through everything you need to know about climbing chalk. From what it is to its purpose to all the different kinds available, you can find answers to all your pressing climbing chalk questions.

Ready to begin? Let’s dive in!

What is Climbing Chalk?

If you’re brand new to the sport, chances are that you’re still not sure what climbing chalk even is.

First, you need to understand that climbing chalk is a tool used by rock climbers of various different types.

But climbing chalk differs from other types of tools that climbers use. It’s not like a rope or a belaying device, for instance.

Instead, climbing chalk must be applied to the hands before and sometimes during a climb in order to enhance grip.

Many climbers now find that attempting climbs without the proper chalk too dangerous or simply too burdensome.

Therefore, you’re going to want to understand just what climbing chalk is and how it can be used. By doing so, you’ll be on your way to enjoying safer and better climbs.

But how does climbing chalk work, exactly, and how do climbers use it?

Why Do Climbers Use Chalk?

The answer to this question proves important to understanding why you should use chalk on your climbs.

First, one should understand that using chalk adds extra safety to one’s climb. Understanding why that is, however, takes looking at a little bit of science.

Keep in mind that while climbing, your grip needs to be strong. Your grip allows you to hold onto a rock without slipping or falling.

For this reason, it’s not difficult to see why strengthening the grip remains a top priority for all climbers. The better your grip, the more you’ll be able to do—and the safer your climb will be.

Simply put, chalk helps to dry out the hands. By removing excess moisture, chalk strengthens one’s grip and helps preclude the chance that they might slip.

If you’re looking to find the chalk right for you, you must first research the different kinds of climbing chalk available.

Trust me: this isn’t an easy task.

I know because I’ve done the research for you.

Below, I’ve included a list of the most common types of climbing chalk. Carefully consider this information as you look to put together your rock climbing tool kit.

By choosing the right chalk, you can help improve the quality and the safety of your climb.

Ready to learn everything there is to know about these different rock climbing chalks?

What Are the Different Kinds of Chalk?

Did you know that you can choose from six different kinds of rock climbing chalks?

Each chalk has its own specific purpose—as well as its own pros and cons.

I’ve included a list of each different kind of chalk as well as some of the information you need to know about each one below.

Keep this information in mind as you select your rock climbing chalk.

Those who have looked into rock climbing chalk have likely already heard of dry chalk.

This kind of rock climbing chalk exists in a powdered form. This powder can be added to the hands in order to reduce moisture and provide for a better grip.

Many climbers recognize dry chalk from its characteristic dry, chalky look. That hardly sounds like a surprise, right?

In some ways, dry chalk is what many think of when they think of chalk. Similar to the chalk that you likely played with as a child, dry chalk has a characteristic dryness.

When you think of it this way, it’s not hard to see why dry chalk proves so effective at drying out one’s hands.

One of the cheapest chalk options, dry chalk remains a popular favorite among many rock climbers.

With that in mind, however, it does pose some serious downsides.

Mainly, many climbers find that dry chalk doesn’t last as long as some other forms do. This means that if you apply dry chalk, you’ll likely have to reapply it at some point during your climb.

And things get even worse.

Dry chalk boasts a reputation of being relatively difficult to apply evenly. Though it’s not hard to apply, it can be challenging to make sure that you’ve got an even distribution across both hands.

This distribution becomes important for those looking to maximize the utility of their climbing chalk.

Those looking to remedy this problem may wish to consider investing in liquid chalk.

Liquid chalk boasts several advantages over its dry-chalk cousin. However, do note that it has its own share of downsides as well. (Don’t worry—we’ll go over those, too.)

To put it simply, liquid chalk is dry chalk mixed with rubbing alcohol. This alcohol boosts the natural drying power of chalk, giving it greater utility in drying one’s hands.

Also, because it comes as a liquid, this form of chalk can be evenly spread across the hands. In fact, only a tiny dollop of liquid chalk need be applied to one’s hands and rubbed in like lotion to start enjoying its great benefits.

Many find this great functionality a major plus for liquid chalk. They especially like the fact that they don’t have to waste time mid-climb attempting to even out the chalk distribution on their hands.

For similar reasons, it may be said that liquid chalk has one of the easiest application methods of all the different forms of rock climbing chalk.

But, remember when I said that it came with its own downsides?

Yeah, don’t forget about them because for some, they can be quite serious.

Though liquid chalk’s alcohol content makes it great for quickly drying one’s hands and for providing long-term benefits while climbing, it can damage one’s skin.

In fact, the repeated use of liquid chalk without some type of moisturizer can prove detrimental for one’s skin.

In other words, keep your dry hands on the rocks.

This may prove difficult to do if you overuse liquid chalk. For this reason, many invest in hydrating creams to use while not climbing and/or dilute their liquid chalk concentrations with dry chalk.

Chalk blocks are a common form of dry chalk.

These chalk blocks can come in a variety of different forms—with different blocks being harder than others.

For this reason, make sure that you have a block that you’re comfortable using. Because you’re going to have to break the block in order to use it, you need to have the strength to do so.

I would advise that you don’t choose a block that requires effort to break. Chalking your hands shouldn’t be an in-depth process. In other words, it’s not really something that you want to be spending a lot of time on.

For this reason, make sure that the chalk block you use matches well with your abilities.

These compressed forms of dry chalk prove popular because they’re easy to carry. Many climbers may have them in their chalk bags while they climb so that they can use it when need be.

And because they’re so lightweight, you’ll hardly even notice that you’re climbing with it.

The one downside to these blocks results from the fact that they’re not the easiest things in the world to apply. If you’re skilled enough, however, you may find that they work perfectly for you.

Though these balls still consist of dry chalk, they feature a design that makes their application much easier.

With chalk balls, you won’t need to break it in order to apply. Instead, you can roll the chalk around your hands.

As you can imagine, this makes them easier to apply than chalk blocks. However, they still fall behind liquid chalk in regard to ease of application and in durability.

For starters, though there’s nothing particularly difficult about rubbing a chalk ball around your hands, reaching the different grooves and crevices can be a nightmare.

For some, it may even be downright impossible.

For this reason, liquid chalk still proves a better alternative for those who wish to easily apply chalk for their climbs.

Also, because it consists of dry chalk, the effects of using a chalk ball don’t typically last as long as liquid chalk. This means that climbers using chalk balls may have to reapply their chalk more often.

Those who would prefer to minimize liquid chalk use may have a strong alternative in loose chalk.

Though another form of dry chalk, loose chalk proves easier to apply than its counterparts. This can be attributed to its nature.

You can likely guess this from its name, but if you haven’t, let me explain.

Unlike other solid forms of dry chalk, loose chalk comes in a more-or-less powdered form. This means that climbers can dust their hands with this chalk before climbing.

This makes it easier to apply than other forms of dry chalk. However, it still may need to be applied more often than liquid chalk.

Those looking to cut down on the potency of liquid chalk while still enjoying its benefits may wish to first use a small layer of loose chalk and reducing the amount of liquid chalk used.

One of the more interesting types of chalk on our list, cream chalk boasts unique properties.

Though some may use cream chalk interchangeable with liquid chalk, slight differences exist between the two.

In some ways, it’s accurate to compare cream and liquid chalks to squares and rectangles. Though all squares may be rectangles, the same doesn’t hold true in reverse.

So what’s the difference?

It’s possible to find some cream chalks that are specifically designed to cut down on the drying power of regular liquid chalks. This makes them a more skin-friendly alternative.

Which Type of Chalk is Right for You?

With this information in mind, how do you determine which type of chalk is right for you?

First, assess your situation. Are you one who prefers convenience? If so, you may wish to use liquid chalk due to its easy-to-apply nature.

Do you prefer long-lasting action? You, too, may want to invest in liquid chalks.

If you’re one who would prefer to help protect your skin, however, dry chalks may be for you. Just keep in mind that you’re going to have to reapply them more often during your climb.

Ultimately, the chalk you choose is up to you. However, by following the general information above, you can better find the chalk best suited for you.

And don’t forget—this doesn’t mean you have to stay limited to one type of chalk. You may choose to invest in several different types of chalk or even mix them together.

Whatever you decide to do, make sure that it’s right for you and your climbs. 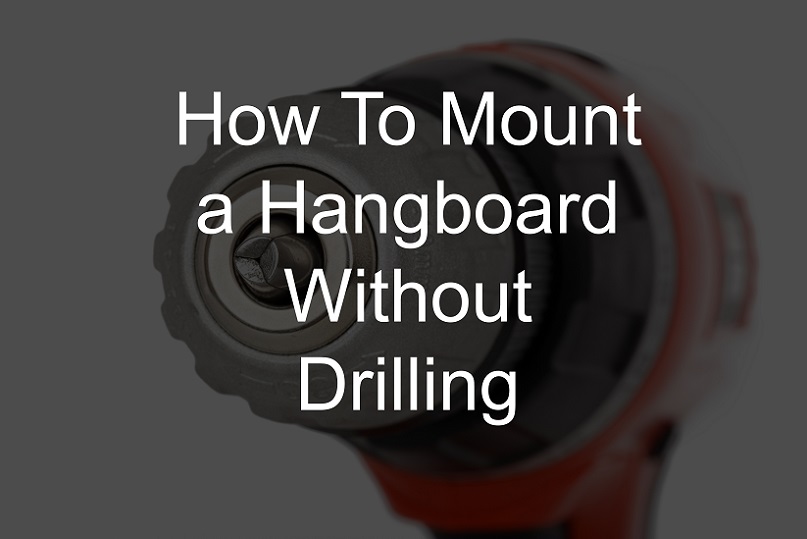 How to Mount a Hangboard without Drilling 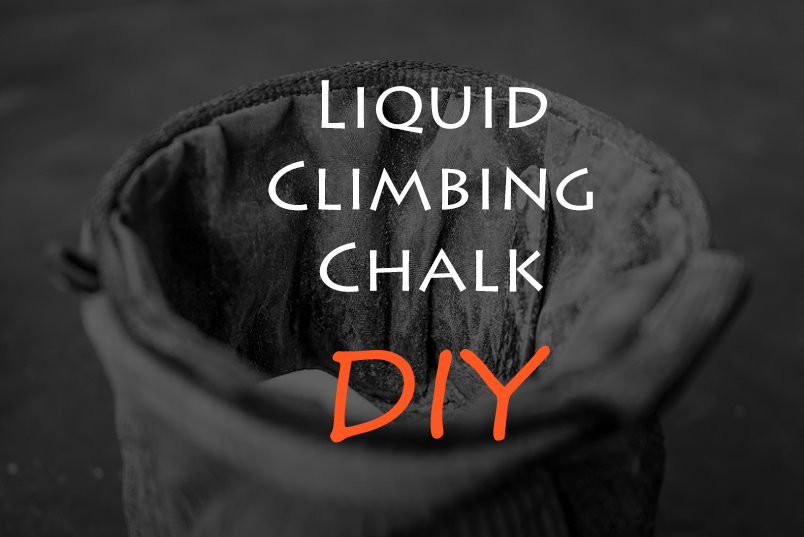 How to Make Liquid Chalk for Climbing (DIY) 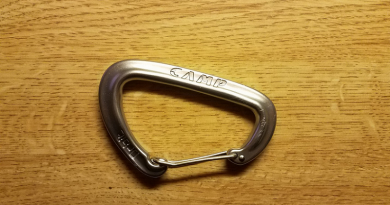 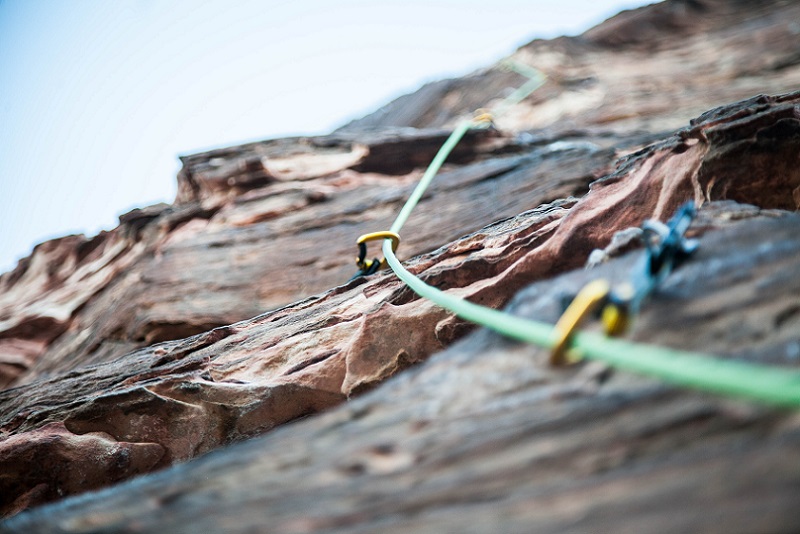 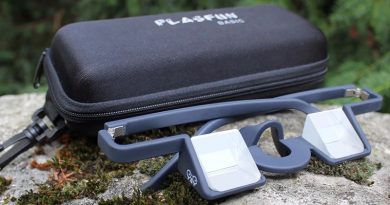 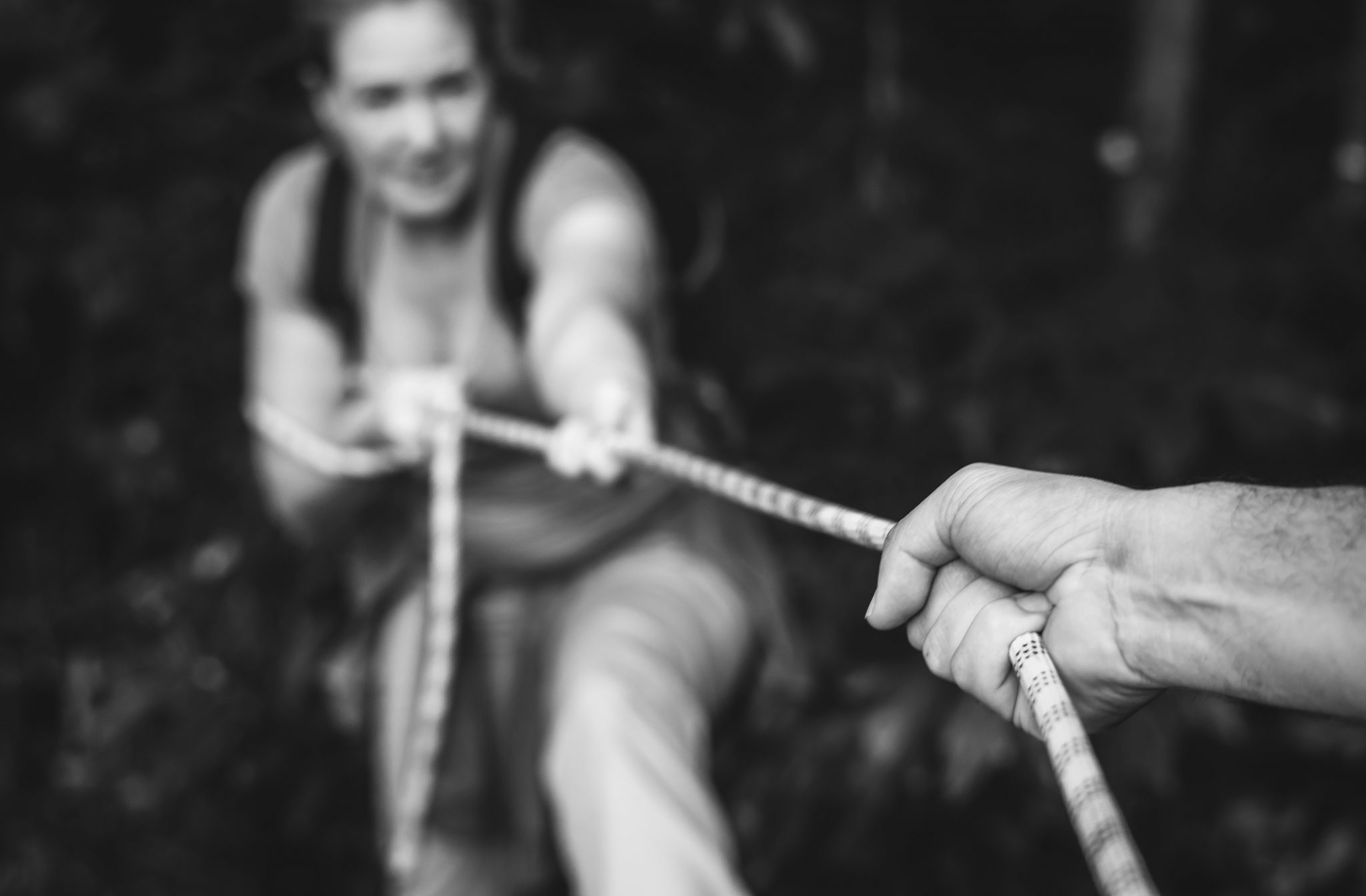 Best Climbing Ropes for Beginners: Guide on How to Choose