Hey everybody! Today we’re going over the nitty gritty of climbing lingo again. We’ll be tackling the meaning of redpointing, pinkpointing, onsighting and flashing in climbing and identify the differences between them.

While us climbers do like it very much to make climbing seem to the outsider like an incomprehensible, specialized field of quantum string theory, with all the climbing lingo that we use, the differences between these climbing terms are actually pretty straight forward.

So sit tight as you’ll learn yet another way to hide your gumbyness next time you end up talking with a 20 year climbing veteran!

There’s more to be said about which climbing ethics validate or invalide redpointing or pinkpointing a route, however. And to fully understand everything about it, we first need to go over onsighting and flashing a route.

So, are you ready to dive in?

What is “Onsighting” exactly?

Onsighting means successfully climbing a rock or wall without knowing anything about it. Nobody has given you a beta, you haven’t tried out any segments of the route – you just go there and climb it at the first try. You don’t even get to know what gear to use.

The idea of onsighting is that you’ll climb the route all the way to the top without falling off or resting on the rope.

It is, however, allowed to look at the route before you climb it – yourself. For a successful onsight, it’s important to try to spot all the possible information of the route that you can see from the ground: the handholds, footholds, where to possible restpoints may be. On routes that are climbed a lot, you may also spot where the chalk is, and if there’s any traces of smearing.

How is Flashing different from onsighting in climbing?

Just like onsighting, flashing also entails that you successfully climb a route the very first time that you see it without falling or resting on the rope. However, when flashing a route, you are allowed to be given the beta, or to have watched a video of someone climbing it.

That’s why flashing is a tad bit easier than onsighting.

In some cases, people actually prefer to onsight a route but are forced to flash it, because somebody gave them the beta without it being asked for. Always try to prevent giving the beta to someone before you actually know that person appreciates it, because it can quite easily ruin the day of a climber with a strong sense of climbing ethics.

When you’re out at the crag belaying your partner up a specific route, you’ve thereby waivered your chance at onsighting that particular route. This is because watching your partner climb up a route is enough information to invalidate an onsight. All you can do is hope for a flash, which is second best to onsighting.

So when climbing with two people, only one can onsight a route and the second person to ascend it will have to settle for flashing it.

Of course, the alternative is to not watch while belaying your partner, but you should never do this because this is incredibly dangerous.

Yep, you’re between a rock and a hard place 😉

Alright, I get it! So what is Redpointing and how is it different from these two?

Now, redpointing is the third most widely lauded way of climbing a route, after onsighting and flashing, in that order.

If you’ve failed at onsighting or flashing a route, the best that you can now hope for is redpointing the route. Don’t worry, it will still be an accomplishment!

You’re allowed to practise the route while top roping before you attempt a redpoint.

The anchors are allowed to have been placed on the wall before your ascension and generally people accept it if your rope is clipped to the first quickdraw in case a a dangerous start to the route.

To classify your climb as redpointing, however, you’re not allowed to have all the quickdraws placed for you before your ascension. You’ll have to carry them with you during your climb and clip them to the anchors before securing your rope.

And what about Pink pointing? How is that different from redpointing?

Pink pointing and redpointing are two very closely related terms. Pink pointing is exactly the same as redpointing, apart from the fact that you’re allowed to use quickdraws that have been placed prior to your ascension, which you can’t do in redpointing.

So there you have it!

You now know the difference between Onsighting vs Flashing vs Redpointing vs Pinkpointing.

Now go and safe the world and be nice! 😉

Now here’s the answer to two questions people often ask in relation to questions about redpointing:

I didn’t cover this one above, but lastly, there’s headpointing. Headpointing is similar to redpointing, but involves placing trad gear instead of just quickdraws as you work your way up. The goal here is not to fall, as trad gear can be a little less reliable than preplaced anchors. You’re allowed practise a route extensively before you make a headpointing attempt.

What do climbers mean when they say ‘give me the beta?’

The beta is all the information about a climbing route that one can share with another person to help them succesfully complete the route. It may involve information about good and bad holds, where to rest, and which climbing techniques one should use and in what order. When a climber asks for the beta, you’re finally allowed to share all the insights you’ve gained that have helped you to complete the route! 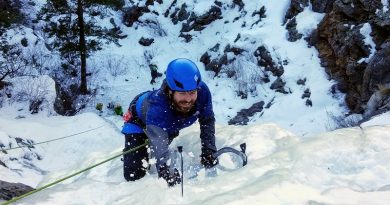 When is the best time for ice climbing? 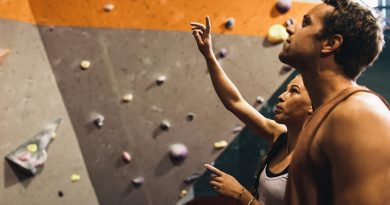 First Date? 5 Reasons To Go Bouldering Instead Of Rock Climbing 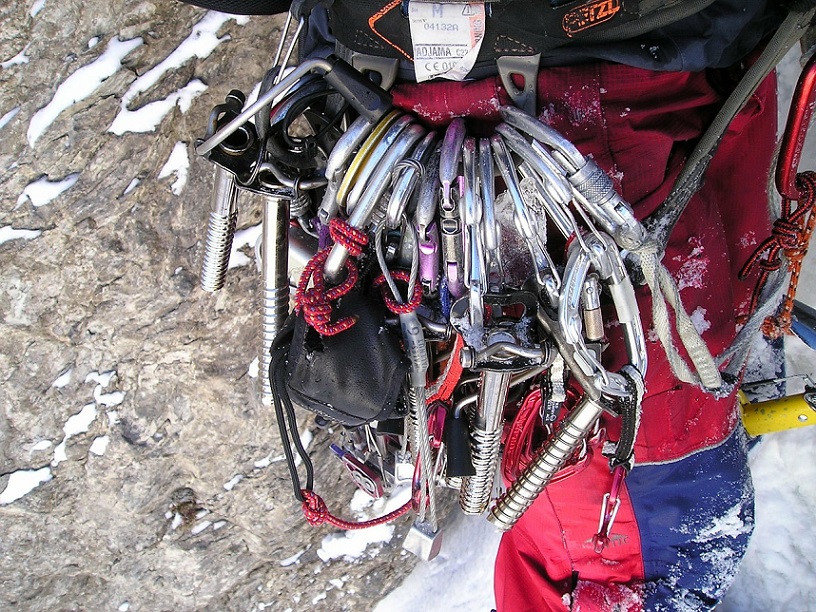 How Many Quickdraws Do I Need?﻿ 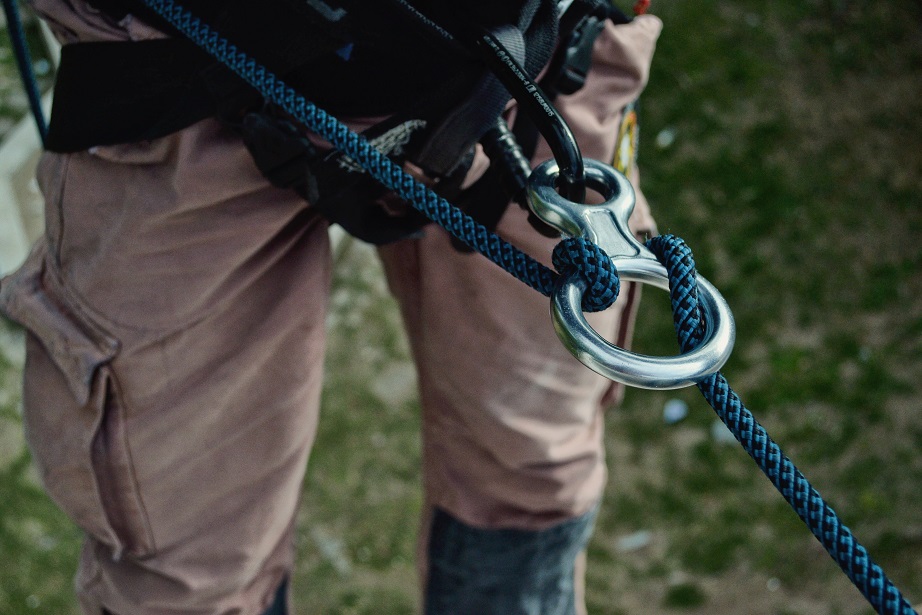